This summer, the Street Story team worked with local agencies in Bakersfield and the organization, Bike Bakersfield, to collect community feedback about street safety issues and opportunities in the area. 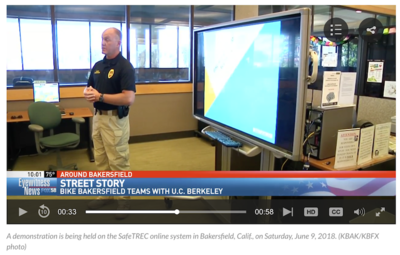 Community members had the opportunity to get hands-on experience using the new platform at an event held at the city’s public library. Street Story was presented to elected officials and agency representatives at two Kern County of Governments’ meetings, and featured in multiple local news stories.

Jack Becker, the former executive director of Bike Bakersfield, explained, "What we like about Street Story is that it is a tool for road users to provide feedback about areas they feel are unsafe, as well as offer ideas on improvements to make it safer and more pleasant to walk or ride on our streets."

“Some of the streets in my neighborhood, the traffic is too fast and I’ve never reported it or anything. [With Street Story], I have the opportunity to do that,” a workshop participant said.

Based on feedback received during this pilot, changes are being made to the platform and Street Story will officially launch in October.