It is vital to improve road safety for California’s tribal populations, as well as for all population groups that travel to California’s Rancherias and reservations or through their lands. Improving the quality and quantity of data collected in regards to the collisions that occur within the boundaries of these lands is a necessary step to achieving this goal.

However, there is a universal acknowledgment that crashes occurring on and near tribal areas are underreported. California Highway Patrol (CHP) responds to a minimal number of tribal collisions, therefore an unknown number of collisions are not being reported at all. Of those to which CHP does respond, crashes reported to SWITRS are limited to those that occur on state highways that traverse tribal lands and those in which a crime occurs (e.g., DUI). Individual tribal areas differ in how collisions are investigated and reported. Approximately one-third of the 110 federally-recognized tribes in California have some type of enforcement department. To date, we have conducted in-depth interviews with 19 of these tribes. Of these 19 tribes, 15 collect crash data on tribal roads. However, none of these 15 tribes submit data to SWITRS. During the 2017-18 fiscal year, we gathered information for the remaining tribes that have enforcement departments to determine whether they collect crash data and whether any of these data are submitted to SWITRS. 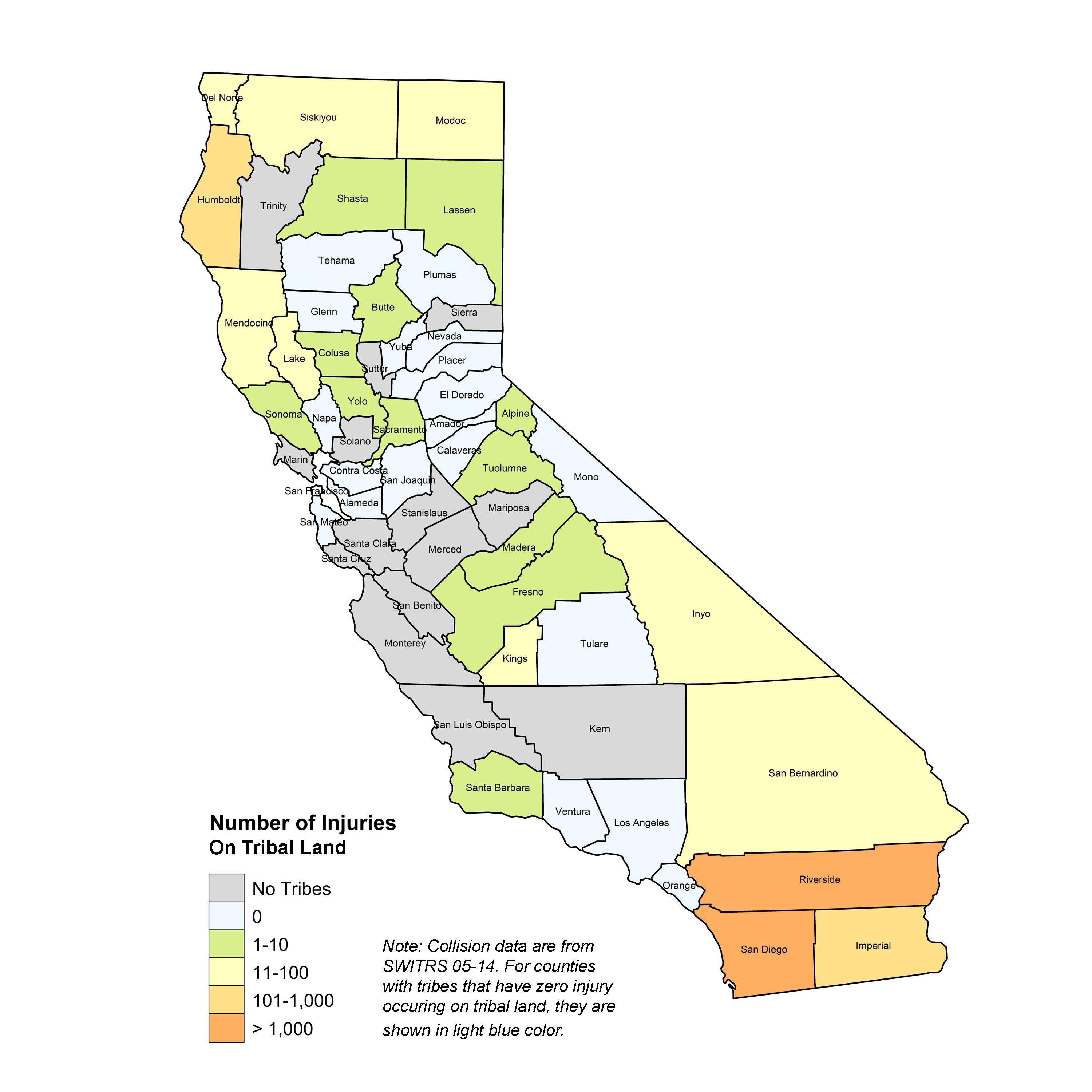