Despite these concerning trends, pedestrian and bicycle safety treatments are consistently underfunded, especially in low-income neighborhoods. Although pedestrian and bicycle fatalities comprise a significant portion of the annual total, any severity of pedestrian and bicycle collisions can be widely dispersed events throughout a network. Confounding this problem is a lack of consistent, centralized data to enable collision prediction. For example, although many cities and local jurisdictions throughout the country have gathered pedestrian and bicycle counts for years, these data are often problematic and not easily accessible. Even when available, collision data for non-fatal crashes is not available in a nationwide database, and even for a single agency, sources can differ, making comparison between jurisdictions more widely difficult. Therefore, predicting vulnerable road user collisions and determining appropriate countermeasures can be unduly difficult for traffic safety professionals. 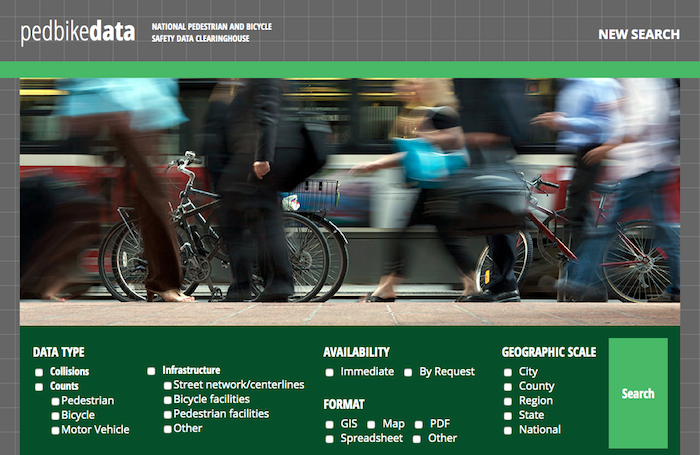 To address the data shortcomings, the National Pedestrian and Bicycle Data Clearinghouse has been developed to improve data for pedestrian and bicycle analyses in the United States. The goal for this Clearinghouse is to serve as a central, consistent, and open data source for traffic safety professionals to access for planning and safety analysis purposes. The current phase of this project, as described in this report, entails defining the scope of the Clearinghouse, cataloguing available datasets, and building a rudimentary framework for data hosting and acquisition.

Learn more about this project on the CSCRS website.