As a follow-up, three communities that participated in the Safe Routes to School Launch program secured funding through California’s Active Transportation Program (ATP) to fund key biking and walking projects that will help improve safety for students and people of all ages. 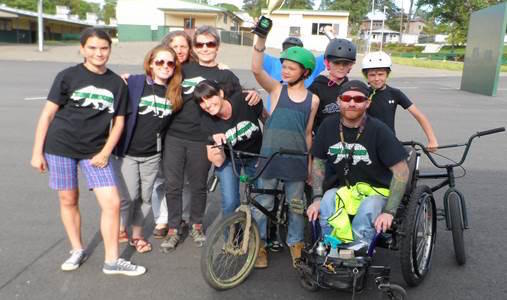 Willits participated in the Safe Routes to School Launch program in 2017. As part of this project, the Safe Routes Partnership and SafeTREC gathered and analyzed data about current conditions for biking and walking in the city, interviewed key stakeholders, and held a workshop with representatives from the city, county, school district, and other community organizations and members. The project was focused on connecting students to schools, but also considered the city’s larger planning and policy efforts related to biking and walking.

Willits’ Rail-with-Trail project received $6.4 million in ATP funding during Cycle 4. The trail will run from southern Willits to downtown, and will connect schools, a senior center, a new hospital, and a future California Conservation Corp campus. The trail will provide a much-needed connection where there is currently no safe bicycle infrastructure.

The funding also has a non-infrastructure component that will support bicycle and pedestrian awareness, commuter trail awareness, safety education, and traffic safety enforcement along disadvantaged neighborhoods along the route. As part of the project, workplace champions will help promote the program’s sustainability and will encourage walking and biking to work and other everyday activities to reduce car trips in the community. 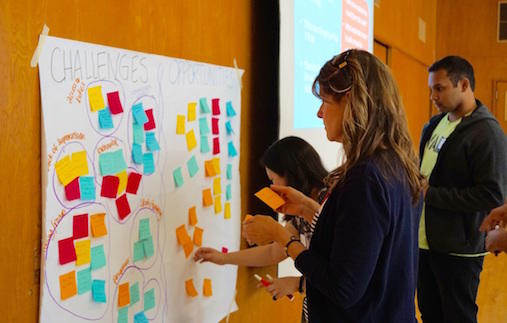 The city of Rancho Cordova is a suburban community where most students are driven to school in private vehicles or arrive by bus, but the city and residents share a desire to make it safer and easier to walk and bike to school. Unfortunately, current conditions prevent walking and biking from being a safe option – from 2006 through 2015, there were 370 collisions involving pedestrians or bicyclists that resulted in an injury or fatality in the City of Rancho Cordova. There were 2 fatalities and 122 injuries to school age youth (ages 5-18) resulting from these collisions.

As part of the Safe Routes to School Launch program, Safe Routes Partnership and SafeTREC staff conducted a workshop and a walk audit with representatives from the city, county, school districts, community organizations, and residents to identify current conditions, challenges, and collective priorities. Safe Routes Partnership staff then wrote an Action Plan that identified potential sources of funding that may be used to implement elements in the Safe Routes to School Action Plan, which included the California Active Transportation Program.

In ATP Cycle 4, Rancho Cordova applied for and was awarded $1.2 million in funding to improve safety around six elementary schools in the community by installing high-visibility crosswalks, ADA-compliant curb ramps, and pedestrian-activated flashing beacons. These enhancements will significantly improve safety for students and all people walking and biking in the community. 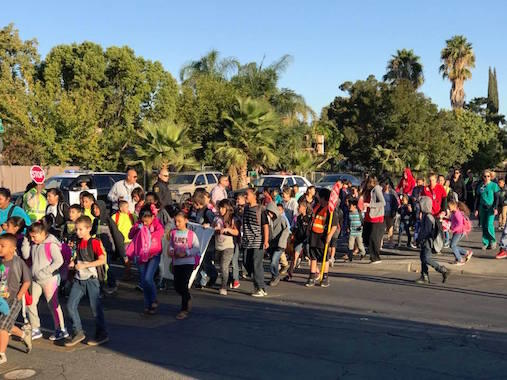 The Modesto Airport Neighborhood is a suburban community that had not historically received much in the way of Safe Routes to School investment and attention. The Airport Neighborhood is a low-income community where public transportation is very limited. Most students get to school by walking or they are dropped off by car. However, community concerns about high traffic speed and a lack of enforcement makes active transportation feel unsafe, and many parents are hesitant to let their children walk or bike to school. The Safe Routes to School Launch Program was able to build on previous work done through the Community Pedestrian and Bicycle Safety Training.

As part of Modesto’s participation in the Safe Routes to School Launch program, Safe Routes Partnership staff Marty Martinez and Michelle Lieberman led several walk audits with stakeholders around the neighborhood. “The representation and attendance at the workshop was amazing, and the walk audits benefited from having so many community perspectives,” said Marty. The walk audit documented current conditions around Orville Wright Elementary, including lack of sidewalks, drainage, high traffic speeds, wide streets, and a lack of bicycle facilities.

Another priority that emerged from the workshop was the desire to develop a permanent walking school bus at Orville Wright. Parents expressed that they would feel more comfortable letting their children walk to school if they knew they were in a group with peers and adult chaperones, and a walking school bus would help significantly increase the rates of walking to school. Based on workshop feedback, Marty and Michelle crafted a Safe Routes to School Action Plan that synergized community members’ desires alongside the Safe Routes Partnership’s knowledge and best practices from around the country.

In the fall of 2018, Marty helped Modesto write a competitive application for the California Active Transportation Plan (ATP) and helped secure $6.1 million to fund new sidewalks and bicycle paths for the Modesto Airport Neighborhood. Only 61 projects out of 554 applications were funded during the ATP Cycle 4, so the Airport Neighborhood’s award speaks to the degree of the community’s needs and the quality of their application.

Learn more about the Safe Routes to School Launch program and the California communities that participated in 2017 and 2018.

Funding for this program is provided by a grant from the California Office of Traffic Safety (OTS) through the National Highway Traffic Safety Administration (NHTSA). 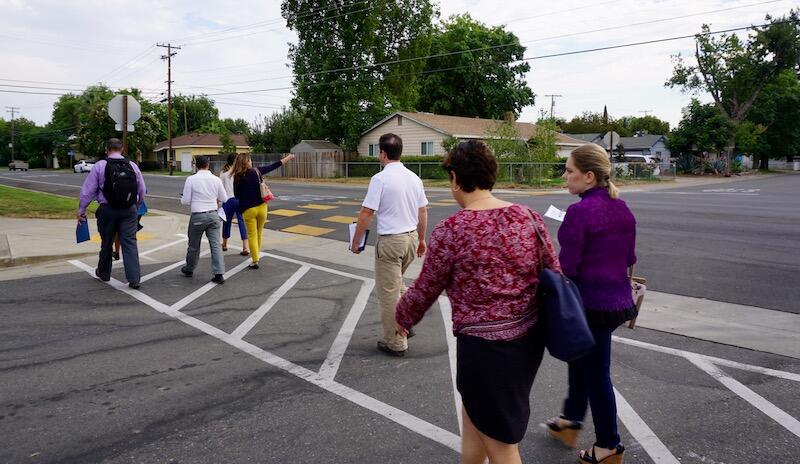