On Tuesday, June 14, 2022 the California Senate Committee on Transportation held a hearing to discuss a series of measures around pedestrian and bicycle safety, public transportation, transportation planning and funding, and more. As part of the proceedings, SafeTREC Co-Director Offer Grembek provided expert testimony for AB 1909, the Bicycle Omnibus Bill. 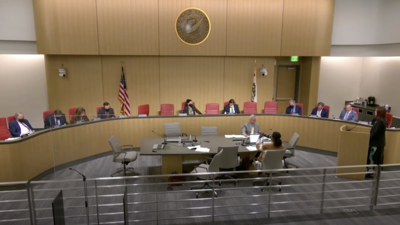 During his testimony, Grembek discussed how parts of the AB 1909 bill align with the Safe System approach to road safety, which is a set of principles and elements that can guide our efforts towards building a system on which no road user can be severely or fatally injured.

“Removing the prohibition of class 3 e-bikes on the facilities described in the bill would improve alignment with principles of the Safe System approach.” Grembek noted that this would provide “better mode grouping since class 3 e-bikes will be grouped with modes that have a similar magnitude of kinetic energy; and, in the long-run, it may encourage more proactive design considerations for vulnerable road users.”

He also discussed how requiring motor vehicle operators, when overtaking or passing a bicycle in the same direction, to move over a lane of traffic when possible is also in alignment with the Safe System approach. Grembek noted that this would “provide additional redundancy, or layers of protection, to the desirable physical separation between modes. Furthermore, when road users do make a mistake, it provides a wider safety buffer and would reduce the chances of a catastrophic outcome.”

A recording of the full hearing is available to view here (Offer Grembek’s comments can be heard at 01:05:12). View the hearing agenda and analyses of each measure.